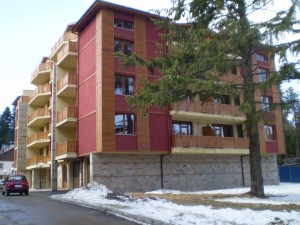 In 2009 BREF successfully managed to sell 4 apartments in Sequoia II apartment house, and towards the end of the year has signed agreements for sale of two additional apartments, which ownership was officially transferred to the new owners in the beginning of 2010.

In mid 2009 after conducting a thorough analysis the management of BREF took a decision to dispose of 8,736 dka of land at average sale price of BGN 366.65 per dka or at a total amount of BGN 3,203 thousand. The sold properties are mostly located in Northwestern Bulgaria where the price of agricultural land averages BGN 300 per dka.